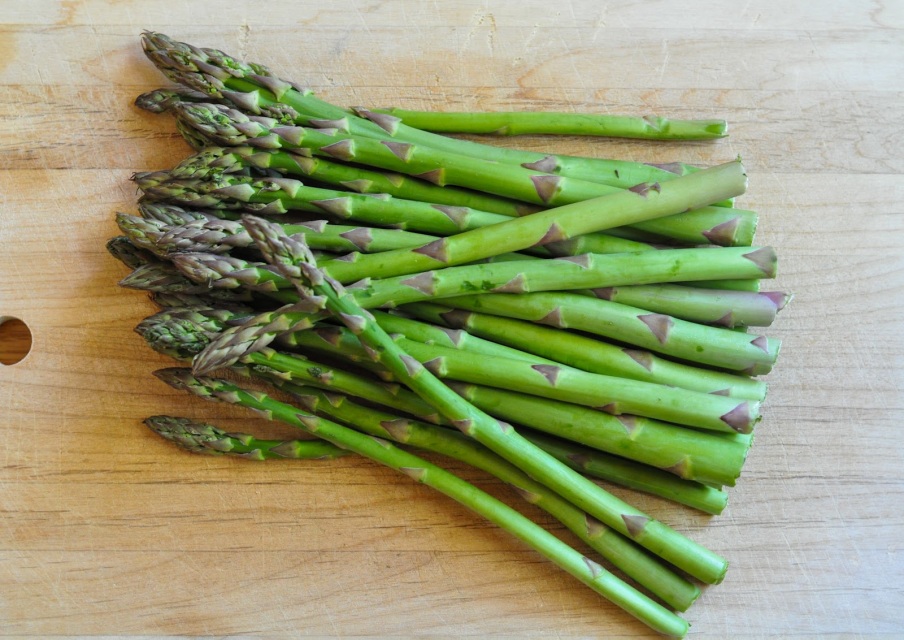 Asparagus grow to about 22 centimeters in length and 16 millimeters in diameter. Its deep pistachio-green stalks are tender at the tip and slightly woody and thick towards the end, and a slight purple blush often occurs around the stalk and throughout the conical tip. Asparagus' mildly grassy and sweet flavor matches that of its larger and smaller counterparts.

Asparagus, botanically known as Asparagus officinalis, is a member of the Liliaceae family. Considered a perennial herb, asparagus has an underground rhizome from which its edible young stems, known as spears, emerge during the spring and summer months. Asparagus plants are either male or female, the females volunteer seeds while males do not. Having less energy spent on producing seeds creates a thicker, more flavorful stalk, driving higher demand for male asparagus. This demand for male asparagus has put new cultivars on the market bred to produce only male plants. These cultivars include Jersey Giant, Jersey Supreme and Jersey Knight and all are cost efficient.